Mortgage credit availability decreased in September according to the Mortgage Credit Availability Index (MCAI), a report from the Mortgage Bankers Association (MBA) that analyzes data from ICE Mortgage Technology.

"Credit availability fell to the lowest level since March 2013 – the seventh consecutive month of tightening,” said Joel Kan, MBA’s Associate Vice President of Economic and Industry Forecasting. “With the likelihood of a weakening economy, which would lead to an increase in delinquencies, there was a smaller appetite for lower credit score and high LTV loan programs, along with a reduction in government streamline refinance programs. As mortgage rates have more than doubled over the past year, resulting in a drop in refinance activity, lenders have worked to reduce excess capacity and costs by eliminating underutilized loan programs. All the component indices declined last month, with most of the indices falling to their lowest levels in over a year. In particular, the government credit availability index has declined in seven of the last eight months to its lowest level since April 2013.” 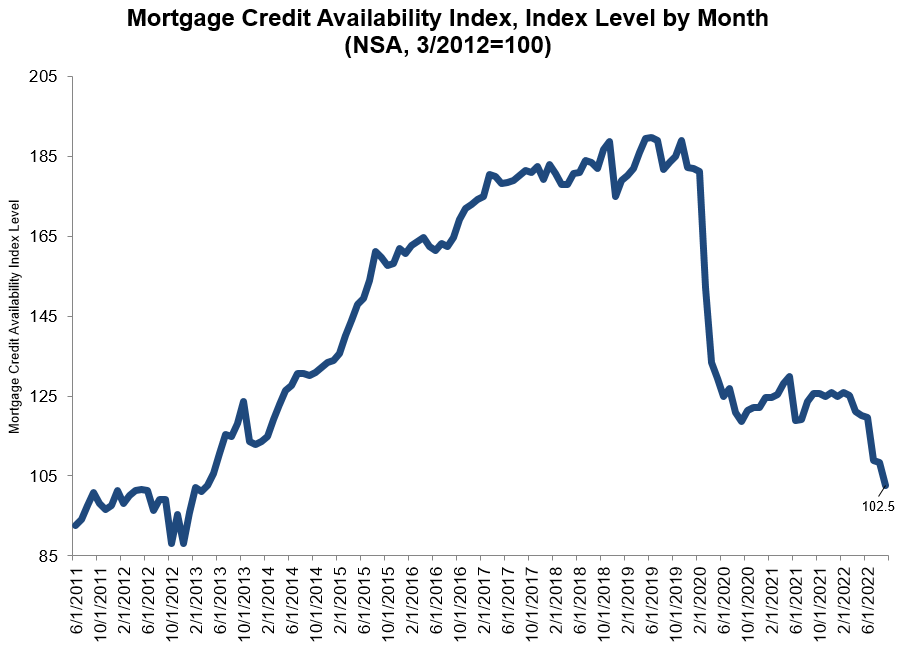 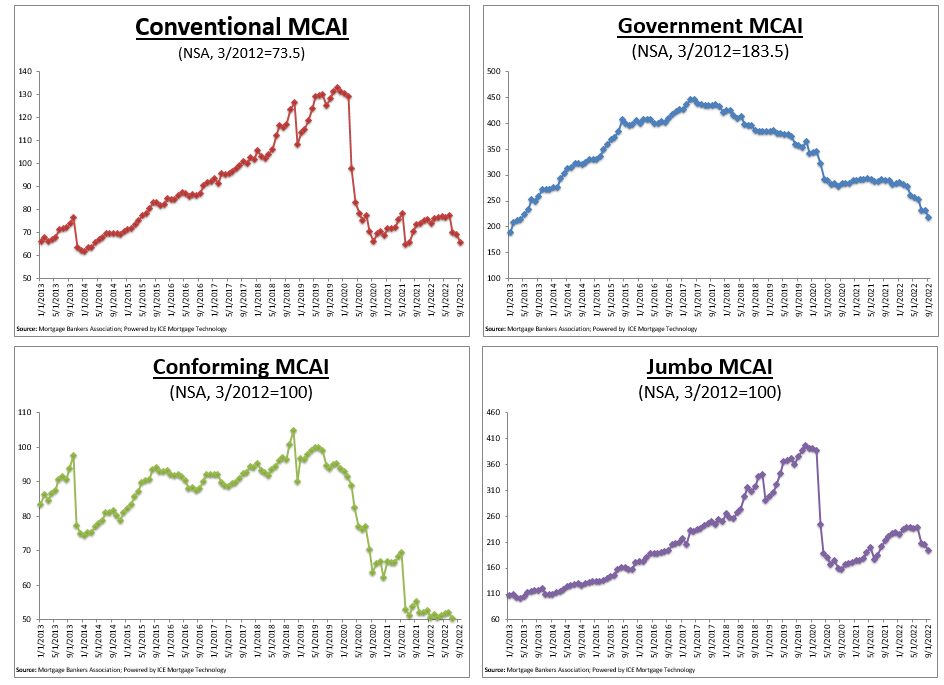 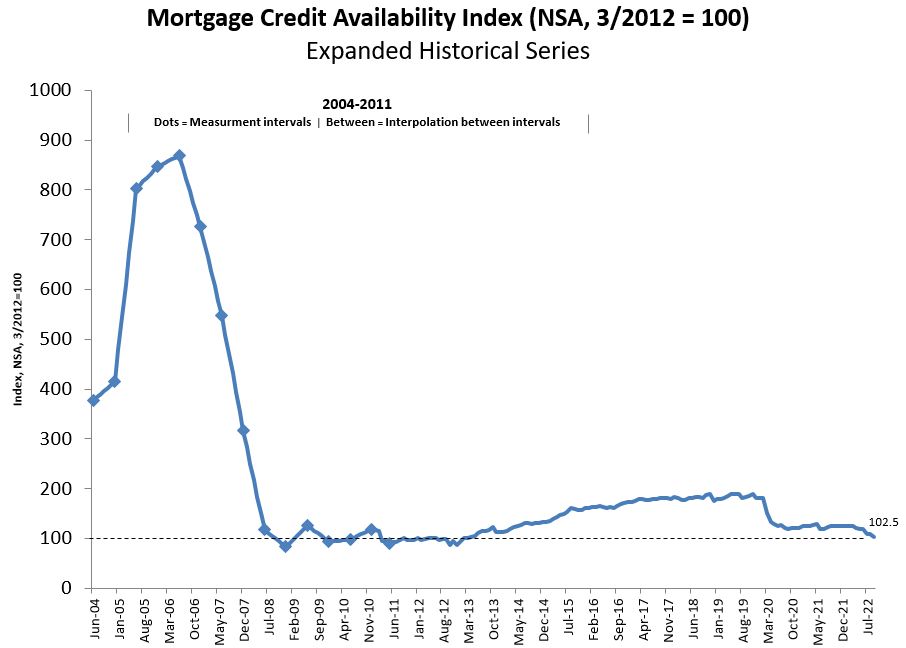